After I saw “ALLEGIANCE”, a moving musical about 120,000 Japanese-Americans who were interned in camps during World War II by our own governmemt here in

I had the privilege to talk about George Takei’s musical with Director John Gray of The National Museum of American History.

I wanted to connect the dots — so I wrote George Takei, care of the Longacre Theatre, and sent him a picture of Director Gray in front of this moving painting — of a displaced family

in the internment camps on their first day of arrival. Hopefully, Mr. Takei will want to go see it in person… 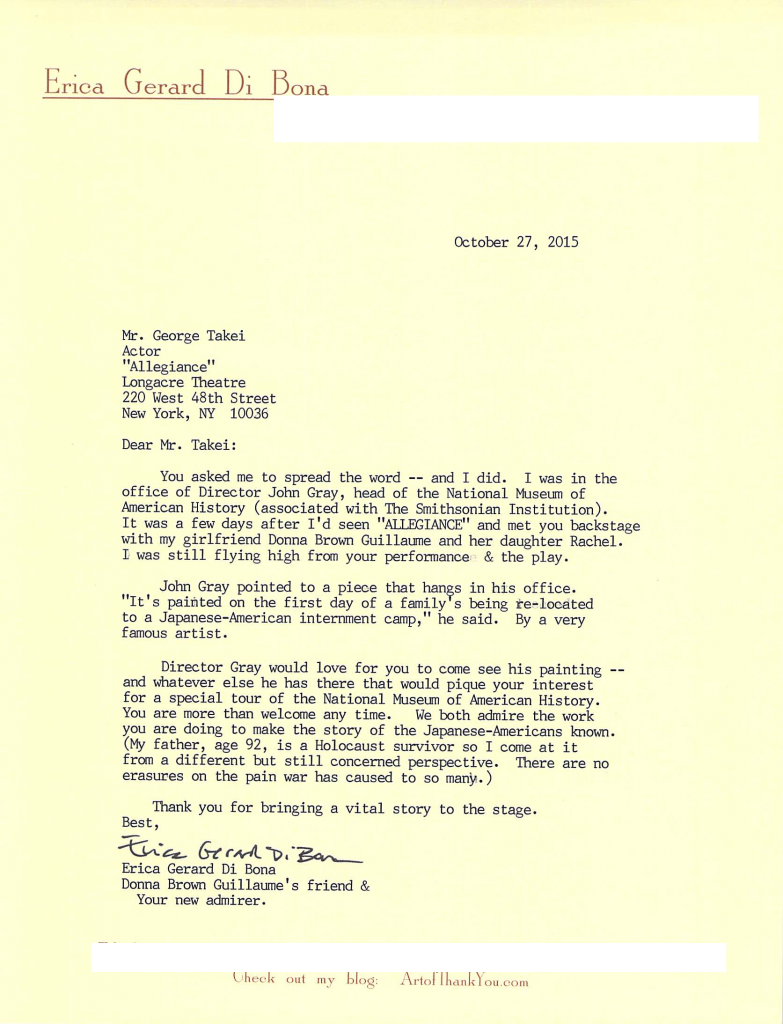