Categories:Oddball, Thanks For Being You, The Art of Thank You Blog 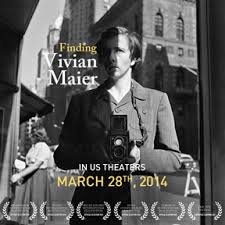 ‘Finding Vivian Maier” was a movie I knew my friend Vivian Chakin would enjoy.

We decided spur-of-the- moment the night before to go check it out.  Vivian loves beauty and is very talented herself, with hands that can repair snagged sweaters or knit them.  (Her needlework on a pillow she made for me is impeccable, too.)

I took Vivian to see the “Vivian” film Wednesday night — and brought along two bracelets that were tangled together to see if she could unhook them.

I figured it would take about twenty minutes to do — much like a Rubic’s Cube.  If it was possible.  One was a mean black “speared” kind of thing.

The other was a three-tier group of black and white fake pearls.  The strings for both were intertwined like codependent twins.

She hadn’t even put on her seatbelt when she said, “Voila!” and handed them back to me.

She said, “Now don’t put them back in the same drawer!”  I promised I won’t.

I admire her ability to tackle anything, no matter how impossible — that’s talent. 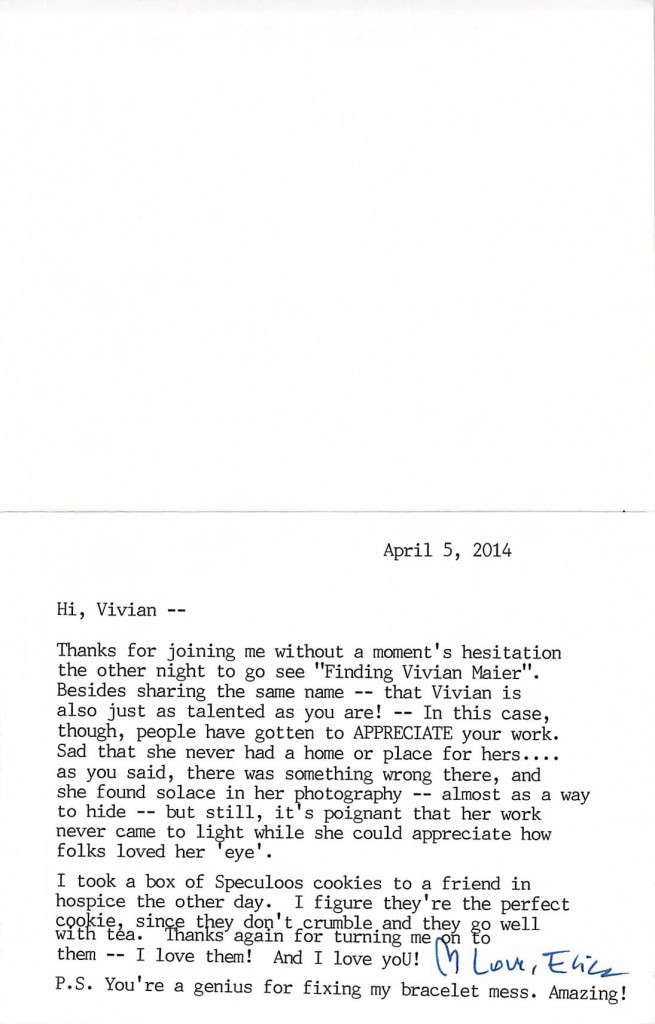