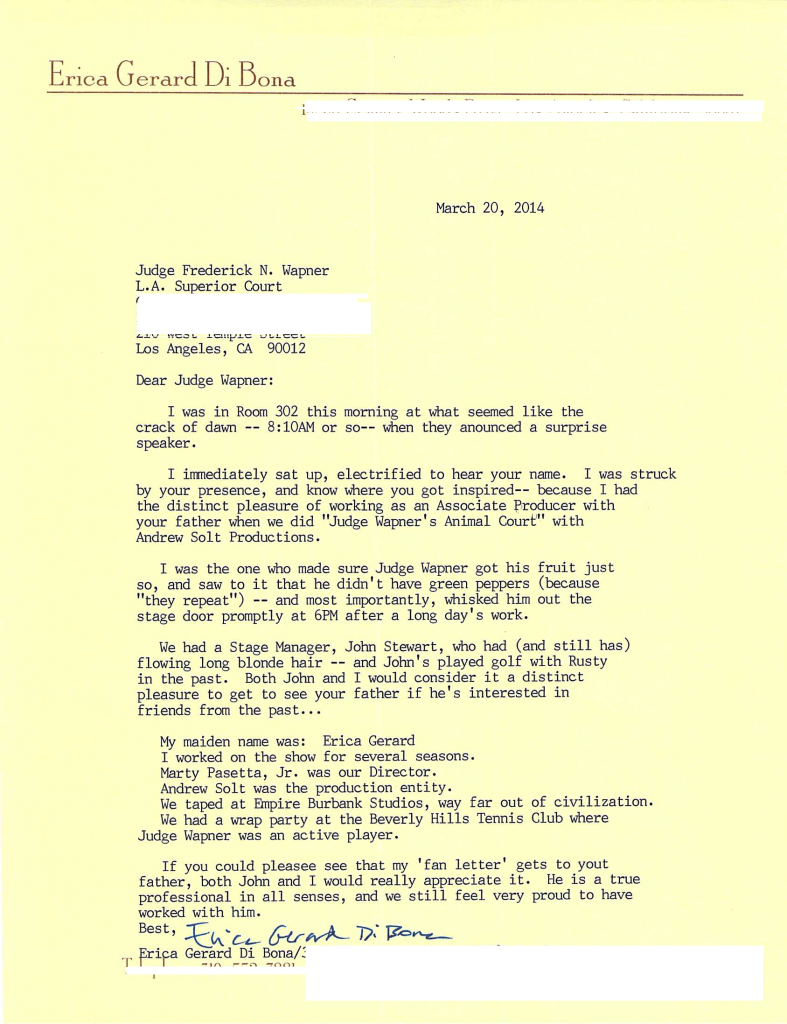 I’m not in my right mind before 8AM, and certainly when I get up in the dark, leave the house having consumed only one cup of coffee and drive to the downtown Courthouse by 7:45AM — you can only imagine my haze.

So when the court lady (sorry, I didn’t catch her title, I was dozing) — announced brightly, “We have a surprise for you!  JUDGE WAPNER” …  I sat up.

But he’s mid-90’s by now — it wasn’t the Judge Wapner I know.  This was his son, Frederick, who is a Judge himself and was there to cheerlead our surly group into loving the judicial system.

I guess I’m not much of a court person.  I’d gotten two offers to work on various shows at the same time.  Playboy Entertainment wanted me on “Sex Court”, where a judge would inflict penalties on naughty deviants.  The same day, I got an offer to do”Animal Court”.  I decided I’d had enough T&A at that point, having worked at Playboy on & off for five years… and I was ready for some different action.

I took the “Animal” show.  There was just one problem.  I’m not an animal lover.  I’m actually fairly scared of most any beast, big or small, furry or friendly.   In our studio — and offices — we had snakes uncaged, animals off leashes and even 8-foot white ostriches escorted in under black hoods so they wouldn’t freak out.  I should have been under a hood, because even though I acted brave  — I was secretly terrified the entire time.

But I got through it.  We had a great production crew, and I’m still friends with many of the 2-legged animals I worked with.

I postponed Jury Duty — back in the summer … but decided to write the Judge who’s a son to see he can send my best wishes to his father. 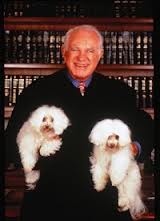